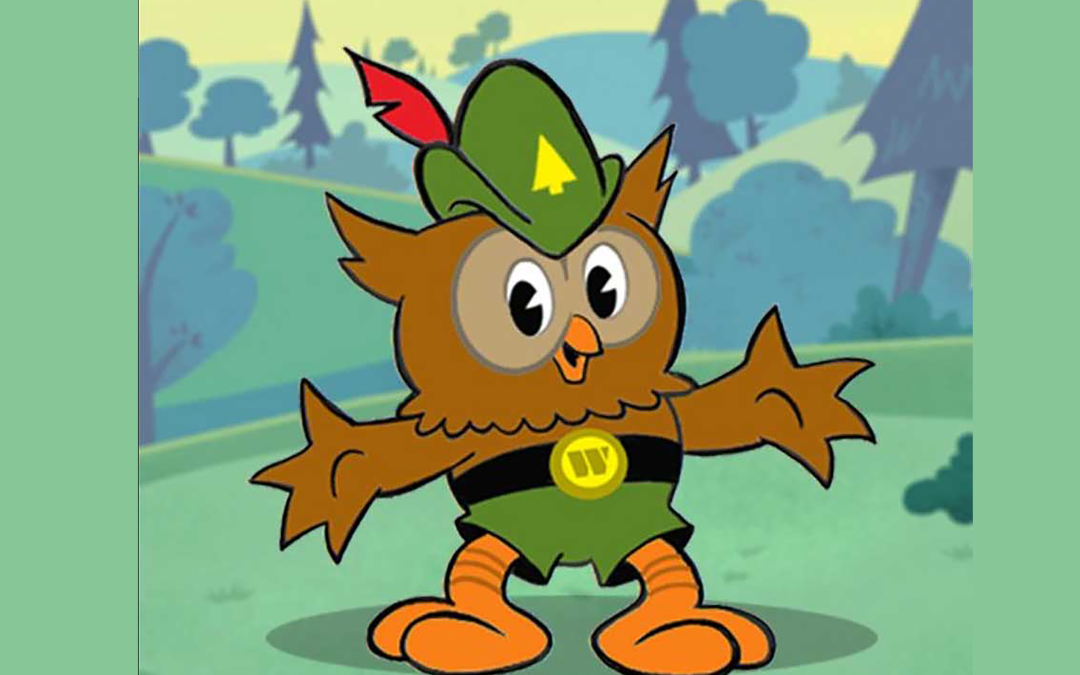 It’s hard to believe that what we know as recycling today was largely unfamiliar to Americans just a few decades ago. You likely can recall its beginnings through colorful characters, slogans, commercials and other public service announcements throughout the mid- to late 20th century.

In the late 1930s and ‘40s, recycling, conserving, and rationing materials was done in the name of the war effort. Propaganda posters and films commissioned by the federal government fed media consumers the narrative that to recycle materials, reuse items, and reduce waste would help Americans forces overseas win the war against the Axis Powers. According to an April 2020 article from History.com, “people recycled nylons, tin cans, cooking fats, and even the tin in toothpaste tubes for the war effort.” When paired with the trend of planting victory gardens and using ration books for items like sugar and bread at the supermarket, Americans felt they were not only exercising their patriotism – they were making a difference in the fight against fascism and the Nazis as well.

In the years immediately following World War II, as members of the Baby Boomer Generation were born and grew up in the newly formed suburbs, a new focus on consumerism and larger families in densely populated areas meant more waste created. The conservation efforts of the early 1940s died out with the decade as Americans bought larger houses and shiny, new appliances to put in them as both a matter of convenience and as a status symbol.

Smokey the Bear was modeled after an actual bear cub. Here, the real Smokey sits on a Piper PA-12 Super Cruiser. (Image courtesy of smokeybear.com)

The 1960s saw a shift in Americans’ concern for the environment around them. In the White House, President Lyndon Johnson began passing legislation for the betterment of the environment; First Lady Lady Bird Johnson launched her beautification project, “Keep America Beautiful,” which aimed to keep cities throughout the country by removing junkyards and instead replacing them with flower gardens and trees.

Johnson believed that making one’s community more beautiful would help improve not just the environment, but all of Earth’s citizens.

“Ugliness is so grim,” the First Lady once said. “A little beauty, something that is lovely, I think, can help create harmony which will lessen tensions.”

It was a message that was heard by a few environmentally responsible Americans, but the focus on reducing waste didn’t pick up steam until the 1970s – as landfills became filled to the brim with waste. Conservation education took on a new importance with the very first Earth Day on April 22, 1970. The Environmental Protection Agency was established by President Richard Nixon later that same year. 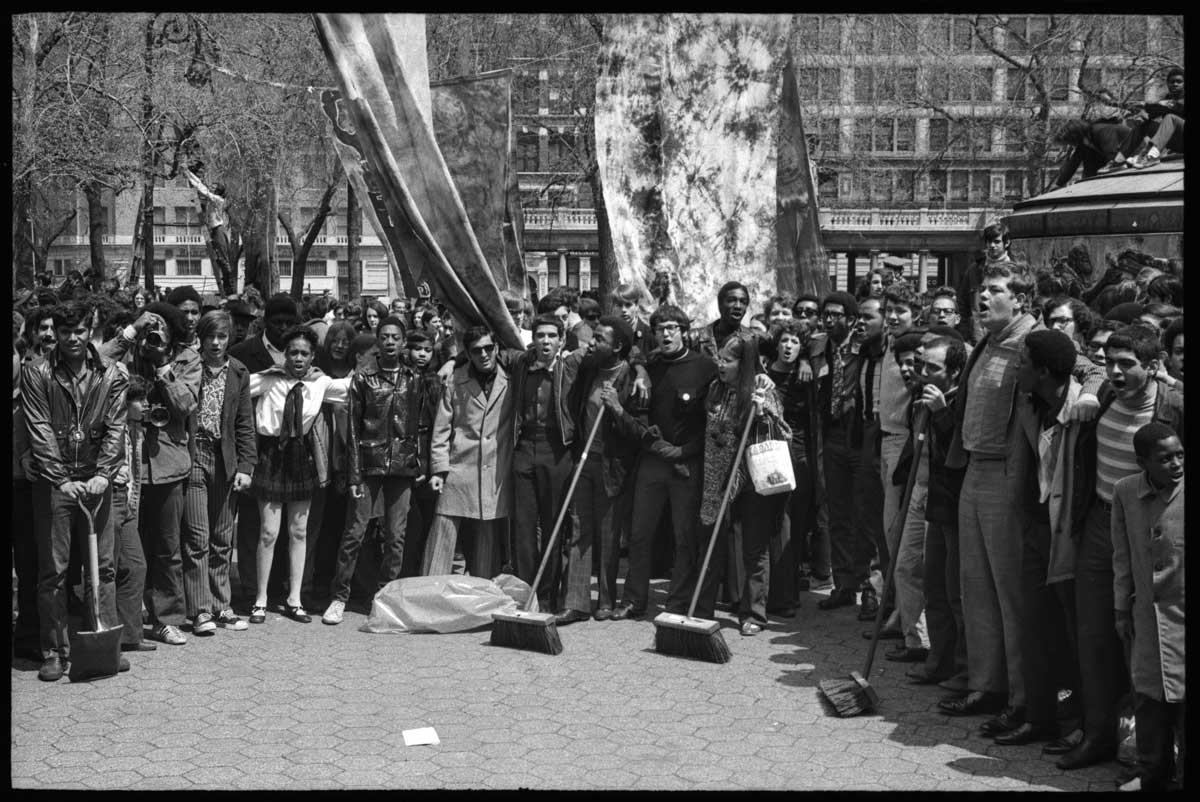 A crowd gathers for an Earth Day rally in New York City in the early 1970s. (Image courtesy of earthday.org) 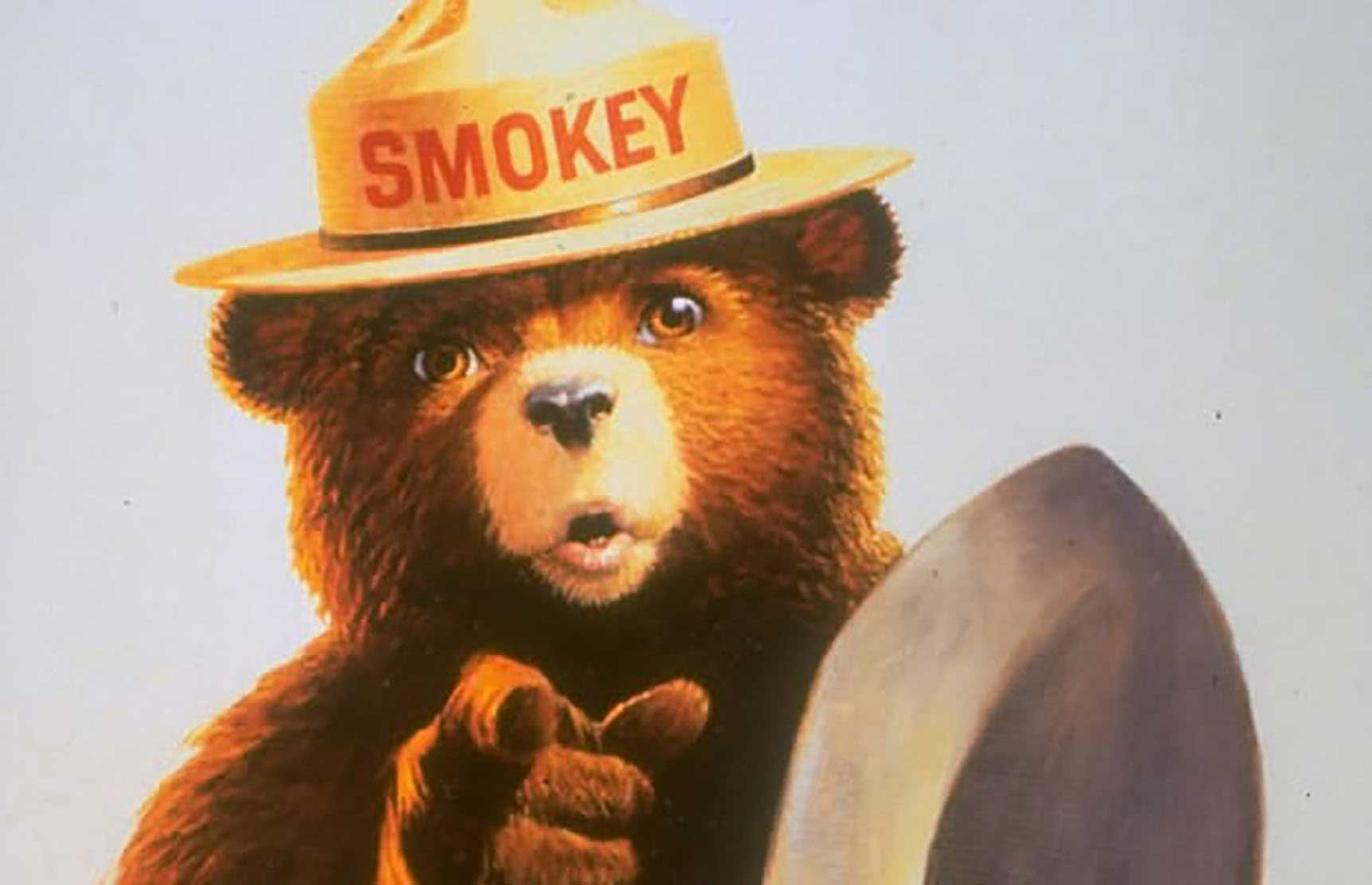 Wielding a shovel, Smokey the Bear has warned campers of the dangers of wildfires since 1944. (Image courtesy of History.com)

Only you can prevent forest fires

On the media front, the mid-20th century gave rise to campaigns that both children and adults could learn from and enjoy. One of the older campaigns launched by the U.S. Forest Service – still recognizable to Americans everywhere – was Smokey the Bear, introduced in its Wildfire Prevention Campaign. Clad in blue jeans and a wide-brimmed hat, though Smokey didn’t preach waste reduction, he nonetheless was instrumental in teaching Americans about the value of protecting the country’s natural resources. Introduced in 1944, when the American involvement in World War II entered its third year, the first Smokey poster bore the words, “Smokey says – Care will prevent 9 out of 10 forest fires.” Three years later, in 1947, Smokey’s slogan was changed to, “Remember … Only YOU can prevent forest fires,” then, in 2001, to, “Only you can prevent wildfires.”

Smokey was modeled after a real-life 3-month-old American black bear cub, found in 1950 following a New Mexico wildfire. Smokey was transported to the National Zoo in Washington, D.C., where he lived as a living symbol of the anti-wildfire campaign for the next quarter century. The original Smokey died in 1976, buried now at Smokey Bear Historical Park in New Mexico.

Throughout his lifetime, Smokey became a cultural icon, being featured in cartoons, comics, and in merchandising; one of the most popular Smokey collectibles was a doll that came with a membership card for the U.S. Forest Service’s Junior Forest Rangers. Most recently, for Smokey the Bear’s 75th anniversary, the National Zoo hosted a special exhibit honoring the advertising icon and his influence on pop culture.

Give a hoot!
Don’t pollute!

Another brainchild of the U.S. Forest Service, Woodsy Owl, was focused on anti-pollution efforts and protecting the environment. A more recent creation, was introduced in 1970; his famous slogan, “Give a hoot! Don’t pollute!” was coined the following year, in September 1971. Like Smokey, Woodsy appeared as the star in comics and conservation-themed campaigns and PSAs; Woodsy even had his very own comic in the mid-1970s. Geared toward young children to get them excited about taking care of the environment, Woodsy’s slogan was updated in recent years.

“Caring, friendly and wise, Woodsy Owl is a whimsical fellow, and he’s got his heart set on motivating kids to form healthy, lasting relationships with nature,” according to the National Forest Service’s website. “As Woodsy flies across our land, he encourages youngsters to marvel at and explore the natural world, even the city. His motto, ‘Lend a Hand – Care for the Land!’ encourages everyone to make a positive difference in their world.”

According to an article in the periodical Forest History Today, published on the occasion of the character‘s 40th birthday, much like Smokey, “with the weight of the government’s public relations machine behind him, Woodsy quickly entered the American popular culture mainstream. Articles in Time magazine and other national magazines and in major newspapers like the Denver Post, Minneapolis Tribune, New York Times, Los Angeles Times, and Stars and Stripes all touted the birth of America’s new leader in the fight against pollution and littering.” 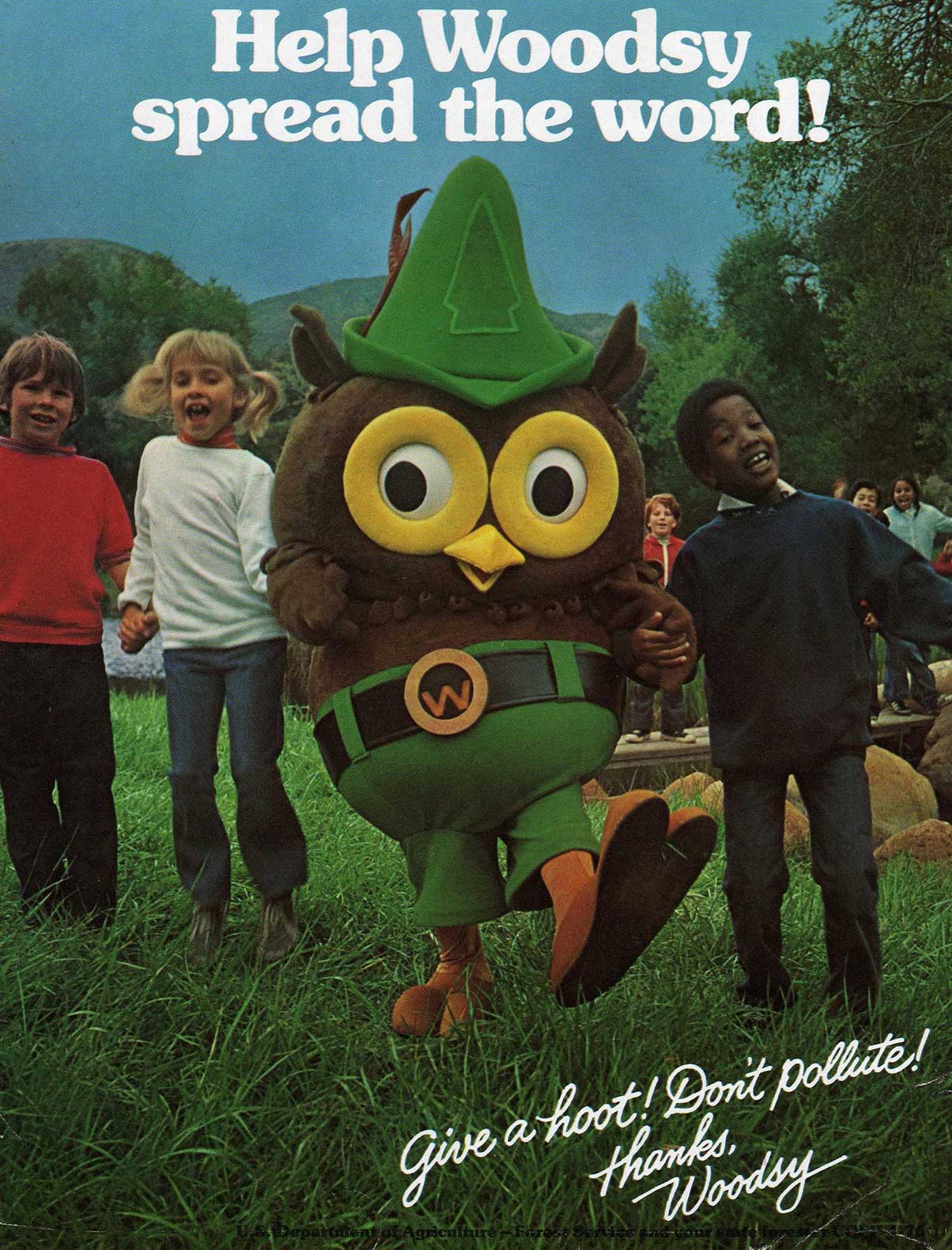 Woodsy motivates children “to form healthy, lasting relationships with nature,” according to the National Forest Service. (Image
courtesy of Twitter) 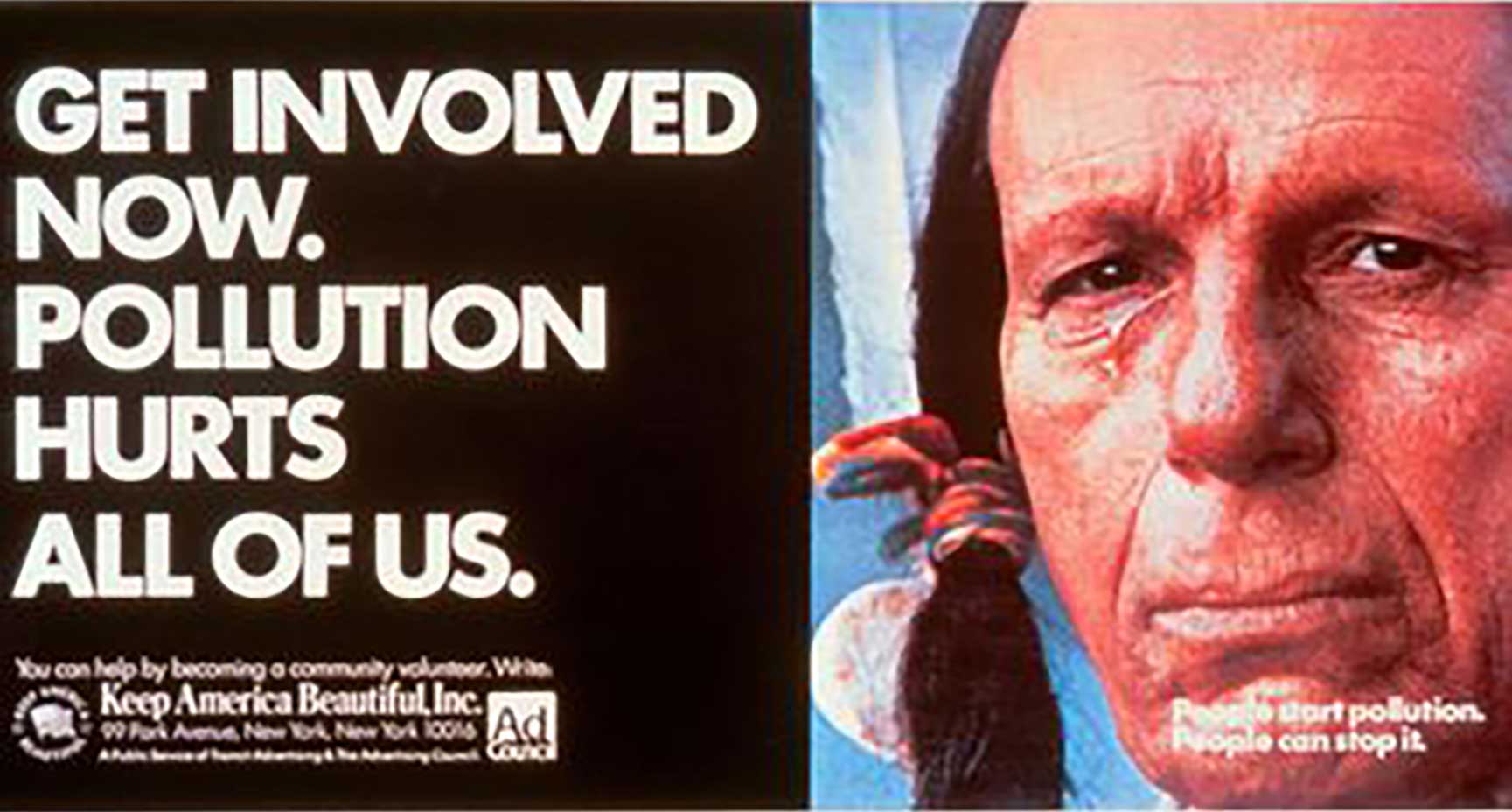 Iron Eyes Cody was better known to TV audiences as “the Crying Indian” in a 1971 anti-littering campaign. (Image courtesy of The Chicago Tribune)

Though Smokey the Bear and Woodsy the Owl appealed to a young audience, the 1970s also saw anti-littering public service announcements and advertising campaigns geared toward their adult counterparts. Along with the Ad Council, the nonproft organization Keep America Beautiful, founded in 1953 in an attempt to battle the growing problem of litter along America’s new Interstate Highway System, aired a now-famous PSA in the early 1970s featuring actor Iron Eyes Cody in Native American costume, shedding a single tear when trash lands at his feet, having been thrown out of the window of a passing car. A voiceover solemnly states, “People start pollution. People can stop it.”

According to Keep America Beautiful, the ad, referred to as “The Crying Indian,” had a near-immediate impact, claiming it “helped reduce litter by 88 percent across 38 states.” It was first aired on Earth Day in 1971 and has since been named one of the top 100 advertising campaigns of the 20th century by Ad Age Magazine.

“The central crux of this message conveyed that the average American can and should shoulder the burden of caring for our lakes, rivers, streams, wetlands, and coastal areas,” according to a 2018 blog post on pbs.org. 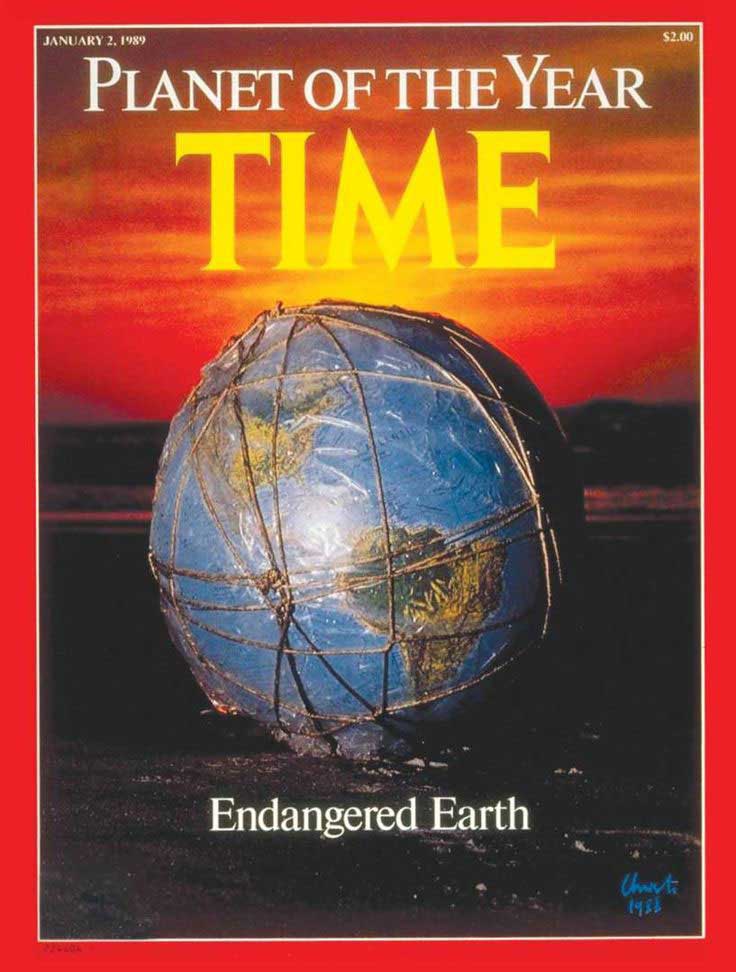 The Jan. 2, 1989, issue of Time Magazine focused on the continued presence of environmental threats. (Image courtesy of Time)

Environmental issues have remained in the public consciousness of both the young and old in the decades since, with Time Magazine forgoing its annual Person of the Year announcement in 1988 and instead naming “the endangered Earth” as its “Planet of the Year.” It was the first time an inanimate object received the distinction as the biggest newsmaker of the year since 1982, when the home computer was named.

Time’s editors wrote in the Jan. 2, 1989, issue: “No single individual, no event, no movement captured imaginations or dominated headlines more than the clump of rock and soil and water and air that is our common home. … Now, more than ever, the world needs leaders who can inspire their fellow citizens with a fiery sense of mission, not a nationalistic or military campaign but a universal crusade to save the planet.”

Such powerful rhetoric and calls for action may have found their way into present-day social media into present-day blogs and social media posts, but they were born decades ago, with the inception of well-loved mascots who brought with them a positive message of loving and taking care of the Earth.

“(In the era of) the 1960s and 1970s,” the PBS blog post states, “the message was that individuals ought to be stewards of the natural world.” 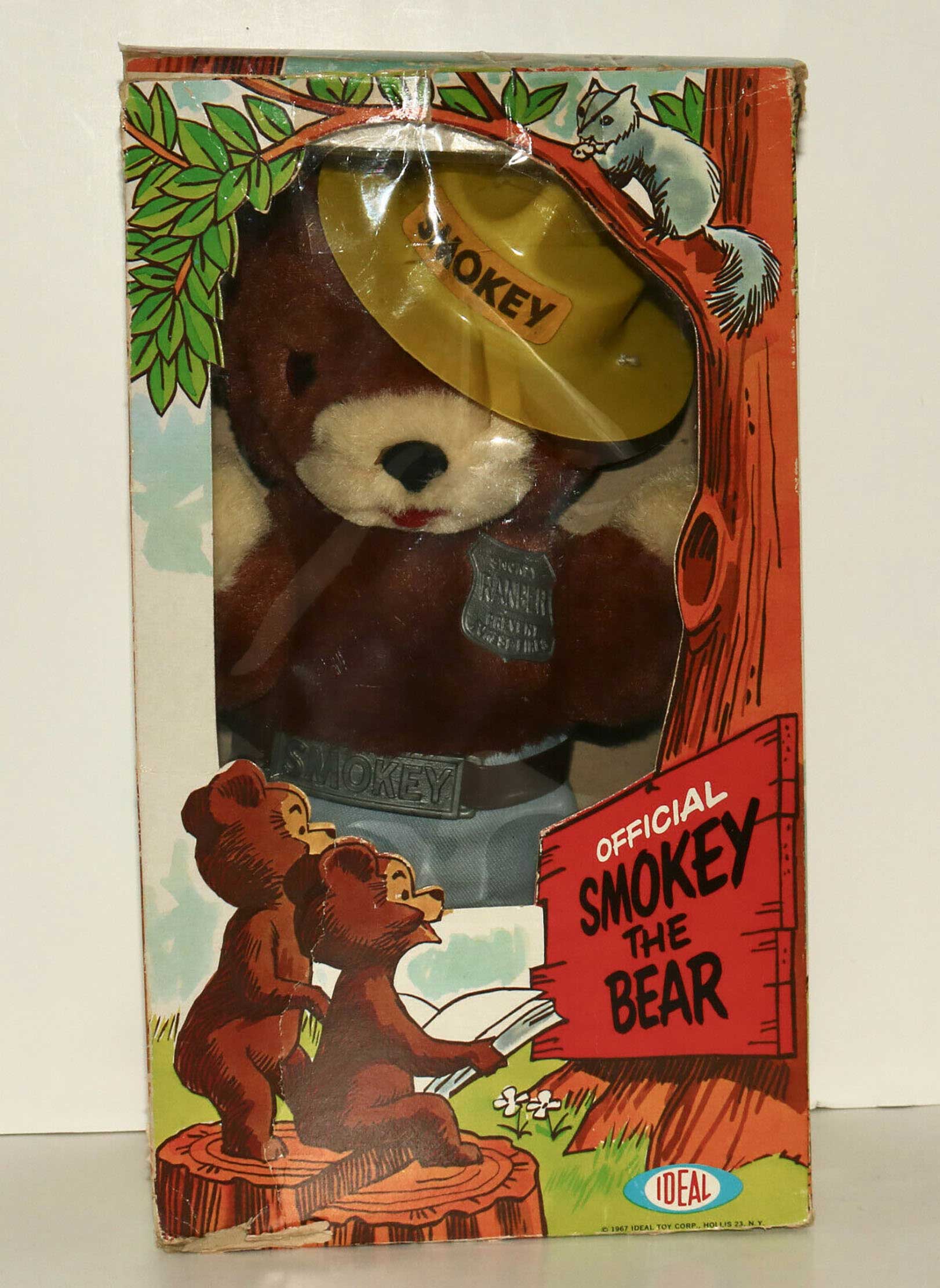 This official Smokey the Bear doll was just one of many products that bore the bear’s likeness in the mid-20th century. (Image courtesy of eBay)