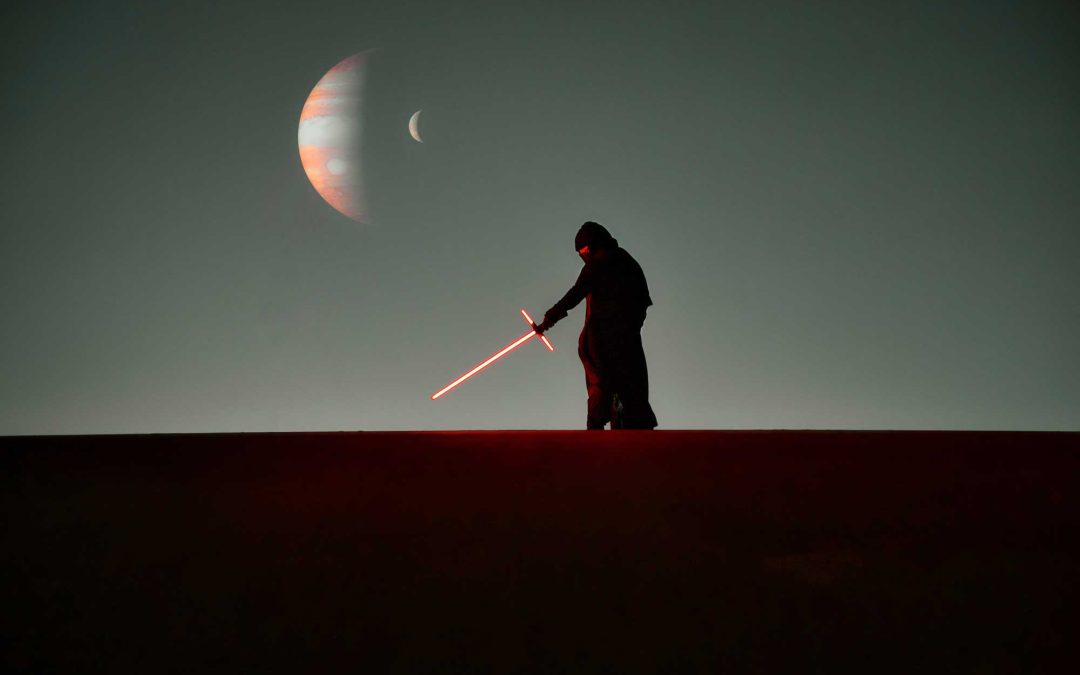 A long time ago in a galaxy far, far away….

Photo by Cameron Venti on Unsplash​

A long time ago in a galaxy far, far away….

A few weeks ago, I saw an advertisement for a gentleman buying vintage toys here in Overland Park. He had set up shop at a local hotel and would greet dozens of sellers every day for a week, analyzing the condition and worth of the items they brought in to sell. Many people who hauled in large totes and boxes of items to sell appeared fairly confident that they had treasures worth a fortune, only to be turned away because their items were too common, not old enough, or in poor condition. Others left the toy show looking quite pleased with themselves.

This gentleman didn’t accept any toys produced since the mid-1980s; he seemed only interested in toys made earlier than that. I was able to take a peek at his haul and recognized some items I remember owning when I was a child; others were obviously older and in pristine condition – a Flintstones board game, a Justice League playset, a set of clothes and accessories for a Jackie Kennedy doll. All of them appeared to have been meticulously cared for and preserved over the decades.

It’s a message I wish I had gotten into my thick skull as a child, but I grew up in the era of the original “Star Wars” trilogy (I remember watching “Return of the Jedi” at the original Glenwood Theatre in Overland Park, KS, for my fifth birthday), a time during the late 1970s and early 1980s when it seemed like “Star Wars” toys were everywhere you looked. Demand for the toys was high, much like the Cabbage Patch Kid craze of the early 1980s (remember fighting over the last one with a flurry of crazed moms in a packed department store on Black Friday because your kid just HAD to have one?). Of course, like any red-blooded American boy in the ‘80s, I collected these “Star Wars” action figures and playsets with unbridled enthusiasm.

Not considering the trilogy’s staying power and the potential value of some of these “Star Wars” toys decades later, I played with them with the same zeal as … well … a kid in a toy store. I was an imaginative child, setting up elaborate “movies” in my head in which these toys starred. My universe was not gentle to them – these action figures were thrown around with reckless abandon, dirtied, decapitated, and the arms and legs pulled off. In other words, they were well loved.

I ignored my father’s pleas to take care of these toys, as any shortsighted kid would, because I didn’t see the point in preserving such items. Toys were to be played with, not kept in their original boxes and placed up on a shelf. Years later, I sold my beloved “Star Wars” toys in a garage sale. Only in my adulthood have I come to appreciate their role in pop culture history – and nostalgia, too. My father still jokes about selling those action figures and how some of the more rare, original action figures from 1977 and 1978 – still in their original box with all of the accessories – often sell for thousands of dollars at auction. It’s painful to hear, for sure.

Now, as I watched people trudge through the lobby with their hauls of toys, most of them well cared for over the years, I could only sigh a small statement of self-forgiveness for my years of ignorance and vow to better appreciate such items that played such an important role in my childhood and that of my fellow Gen Xers. ​

Turn that music up

Photo by blocks on UnsplashOctober 2021Everything OldTurn that music upby Corbin Crable  When it comes to the media format wars, we all have those older items with which we simply can’t part or that we haven’t sold or thrown away yet – a CD here, a VHS tape...

END_OF_DOCUMENT_TOKEN_TO_BE_REPLACED

September 2021Everything OldLet’s make a deal: Haggling part of antique culture  by Corbin Crable  You know the feeling – while browsing in your favorite antique store, you stumble across a vintage treasure you absolutely must have. You glance at the price...