One of the most famous Oklahoma natives to influence American culture was Will Rogers.

Known as a “cowboy philosopher,” Rogers was hugely popular, entertaining radio audiences and newspaper readers in the 1920s and early 1930s with his insights about politics and life in general. 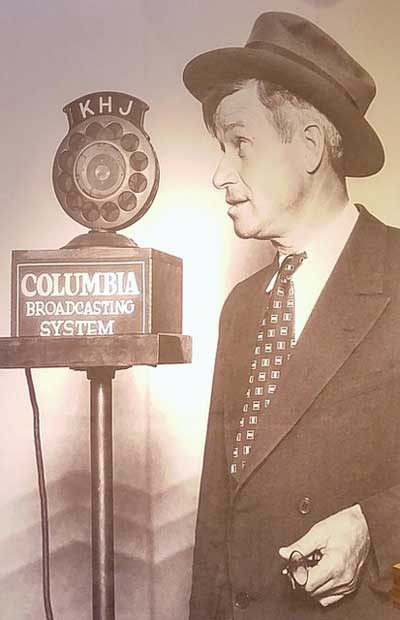 It can only be guessed what he would say about the current political situation in the U.S. However, he once said, “all politics is applesauce.” On another occasion: “Our constitution protects drunks, aliens, and U.S. senators.” He might have sympathized with voters in our recent election when he remarked, “I belong to no organized party. I am a Democrat.”

Will Rogers was born Nov. 4, 1879 on his parents’ ranch in Oologah, Indian Territory, now Oklahoma. As a boy, Will worked with cattle, learning to rope and ride, and master other cowboy skills. He was even listed in the Guinness Book of World Records for his ability to throw three lassos at once.

His schooling included a term at Kemper Military Academy in Boonville, MO, but ended at the 10th grade, when he dropped out “to become a cowboy,” according to his official biography. In 1902 he joined “Texas Jack’s Wild West Show,” then touring South Africa. Will called himself the “Cherokee Kid,” and performed roping tricks. He later toured Australia and New Zealand with the Wirth Brothers Circus. In 1904 he was back in the U.S., performing at Worlds Fairs in St. Louis and New York City.

Later, Will performed on Vaudeville circuits in the U.S., Canada and Europe. By 1917, he was on stage with the Ziegfeld Follies. By this time, however, he had put aside his lariat and roping tricks, opting instead to entertain his audience as a “cowboy humorist.”

Will’s acting career began in 1918 with his appearance in silent films. His popularity continued in the era of “talkies,” notably in They Had to See Paris (1929) and State Fair (1934). His acting career included 71 films and several Broadway productions.

Wiley Post and the “Winnie Mae,” that later crashed in Alaska

In addition to acting, Will wrote a syndicated newspaper column, producing more than 4,000 newspaper articles and six books. He also became a popular radio broadcaster.

Will became a world traveler, visiting many foreign countries as a reporter and columnist. It was on a traveling vacation with veteran pilot Wiley Post that Will took his last flight. He and Post were killed Aug. 15, 1935 when their float-equipped Lockheed Vega crashed shortly after takeoff on a flight from Point Barrow, Alaska. He was 55.

Originally buried in Los Angeles, Will was re-interred at the Will Rogers Memorial Museum in Claremore, OK. Also interred is his wife, Betty, their daughter, Mary, and sons Fred and Jimmy, along with Jimmy’s wife, Astrea, and their son, “Kem.” 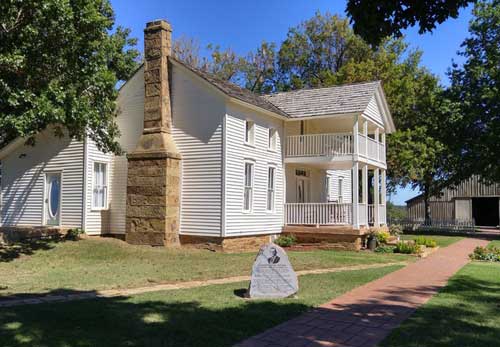 Will Rogers birthplace, on the banks of Lake Oologah, north of Claremore

Located on the east side of Lake Oologah, the Dog Iron Ranch, developed by Clem Rogers, Will’s father, originally consisted of 60,000 acres and was home to as many as 10,000 longhorn cattle. Will named the ranch after his cattle brand in 1899 when his father retired and left him in charge.

Most of the ranch was inundated in the 1950s by the construction of the lake, but 400 acres remains, including the original house, built in 1875, which was moved about a mile to its present site in the 1960s. A barn, typical of the period, was built by Amish carpenters in 1993.

Visitors can tour the house, and see the front bedroom where Will was born, plus other rooms, furnished with period items. The house is located on a hill with a beautiful view of the lake.

The barn is also open to visitors, who can see the resident animals. On my recent visit, two burros, a goat, and a peacock could be seen. Outside, behind a fence, three palomino horses seemed anxious to get attention, although a sign advises visitors not to pet or feed the horses, as they may bite. 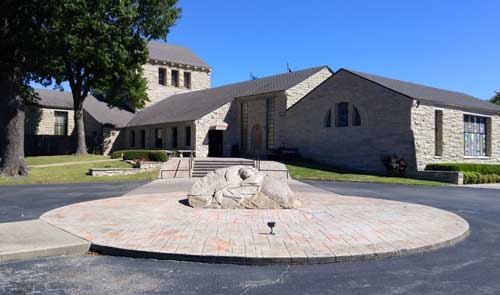 Will Rogers Memorial Museum in Claremore 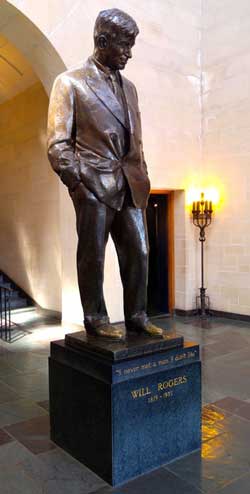 Statue of Will Rogers in rotunda of museum

A 15-minute drive south of the Birthplace Ranch, the Will Rogers Memorial Museum is located at 1720 W. Will Rogers Blvd. in Claremore. Everything in the museum seems oversize and monumental, beginning with the statue of Will Rogers in the rotunda. The pedestal is inscribed with Rogers’ oft-quoted motto,

A mural in another section depicts Will Rogers in various stages of his life. Other rooms introduce visitors to Rogers’ radio shows, with one area recreating the private office where he wrote many of his newspaper columns.

There is a theater where visitors can see Will Rogers’ movies. Nearby, a series of dioramas shows various stages of Rogers’ life, beginning with his childhood on the ranch and ending with a poignant scene in Point Barrow, Alaska, with the crash of the Lockheed Vega.

A large library contains hundreds of volumes relating to Will Rogers and other subjects, such as Indians, motion pictures, and area history. Adjacent areas offer workspace for researchers.

Outside, the tomb of Will Rogers and his family members are located in an expansive sunken garden. An equestrian statue can be seen to the south, with Will Rogers appropriately riding into the setting sun.

For hours, admission prices, and other details, visit www.willrogers.com/memorial-museum.