Back in the late 1800s and early 1900s, before the days of Chautauqua or Vaudeville, an assortment of show-people performed on theater stages and opera houses throughout the U.S. Various comedy acts, musical groups, magicians, and other entertainers were usually booked for a few nights – some were “one-night stands.”

Besides advance notices in local papers, publicists relied on posters sent to the theaters. The theater managers added the necessary dates and times, and posted them in their lobbies and other locations.

Many of the posters of the period were printed in various sizes using lithography, a printing process invented in the mid-1800s. Most of them measured about 22 x 32 inches.

The better ones were stone-lithographed, a process using eight colors and produced mostly in Boston and other large cities in the east. They were colorful and eye-catching, but printed on pulp paper designed to be thrown away by the time the attraction was shown.

At the Grand Theater in Keokuk, IA, posters were dutifully displayed before each engagement. When they were no longer needed, a custodian took them down. But instead of throwing them away, the custodian, sensing they might be of value, rolled many of them up in a large bundle and saved them in his garage. The process continued until about 1920. 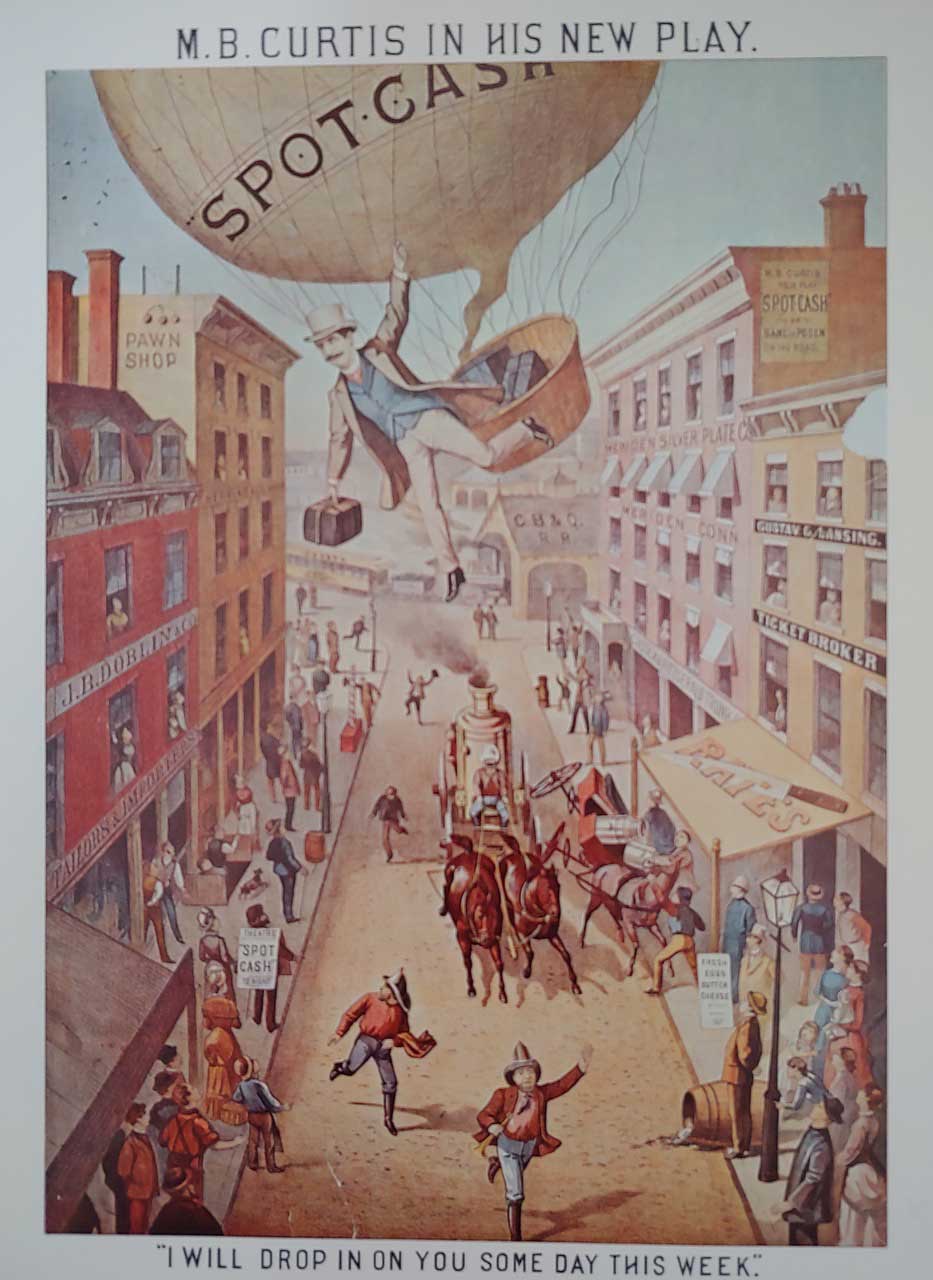 M.B. Curtis was a popular Hungarian Jewish actor in New York, who paid to have the Statue of Liberty lit in 1886 when officials refused to release the treasury funds. (Source: ‘Forward,’ a Jewish newspaper) 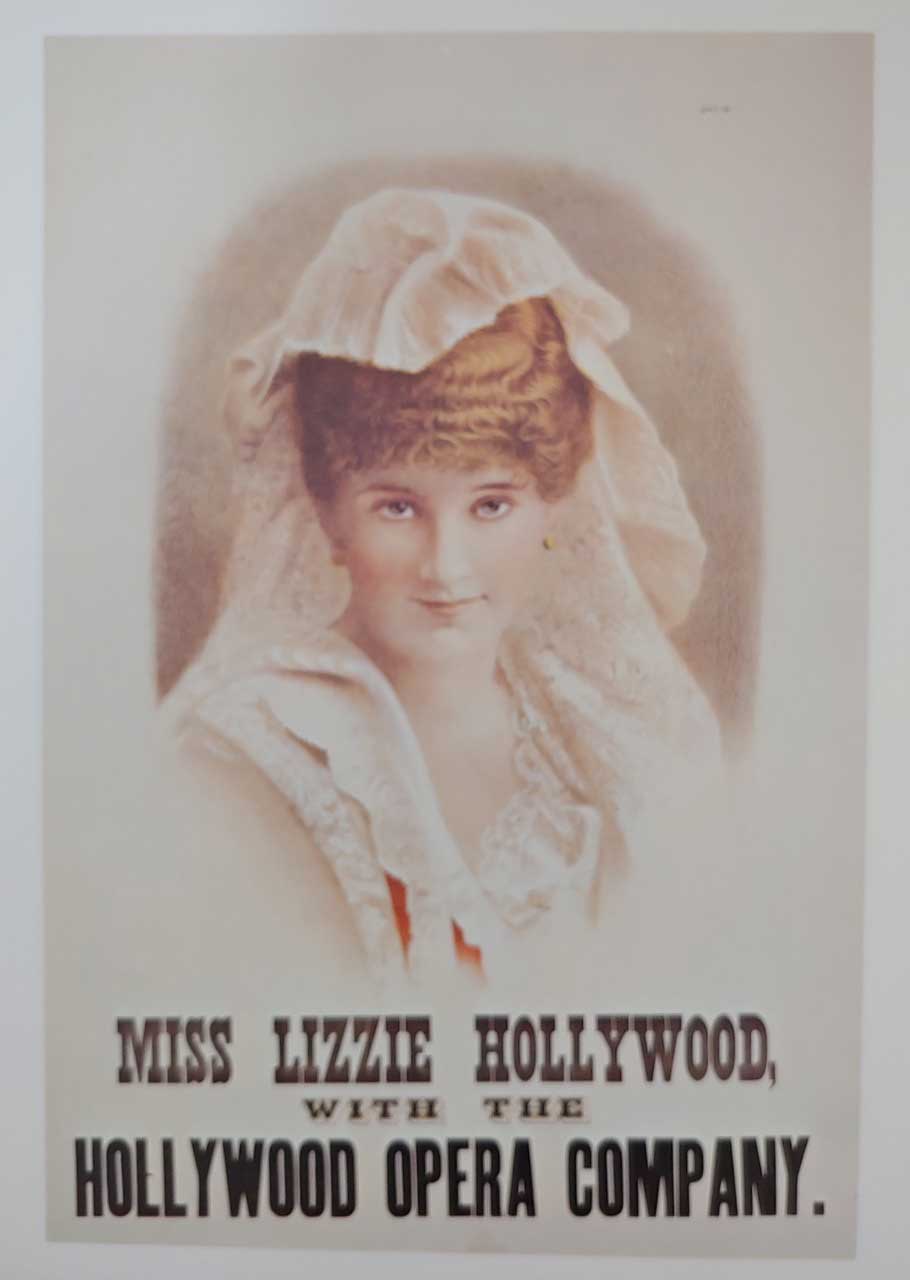 Research has failed to track Lizzie’s origins, or the Hollywood Opera Co. (All posters from Ken Weyand collection)
At some point, Harry B. “Potsy” Andressen, who for several years operated the “Addie May,” an excursion boat out of Hamilton, Illinois, across the Mississippi River from Keokuk, acquired the posters. Before he retired, Andressen gave the collection to his physician and friend, my wife’s father, Dr. B.C. Kappmeyer, who eventually gave them to me.

By the time I acquired them, the roll of newsprint posters was in pretty bad shape – a bit on the moldy side and generally falling apart. I managed to salvage a few of the better ones, and had several dry-mounted and framed. Four of the posters were reprinted and sold as a set to gift shops.

Today a few of the framed posters and lithographed copies remain in my collection – reminders of a forgotten era of theater history. 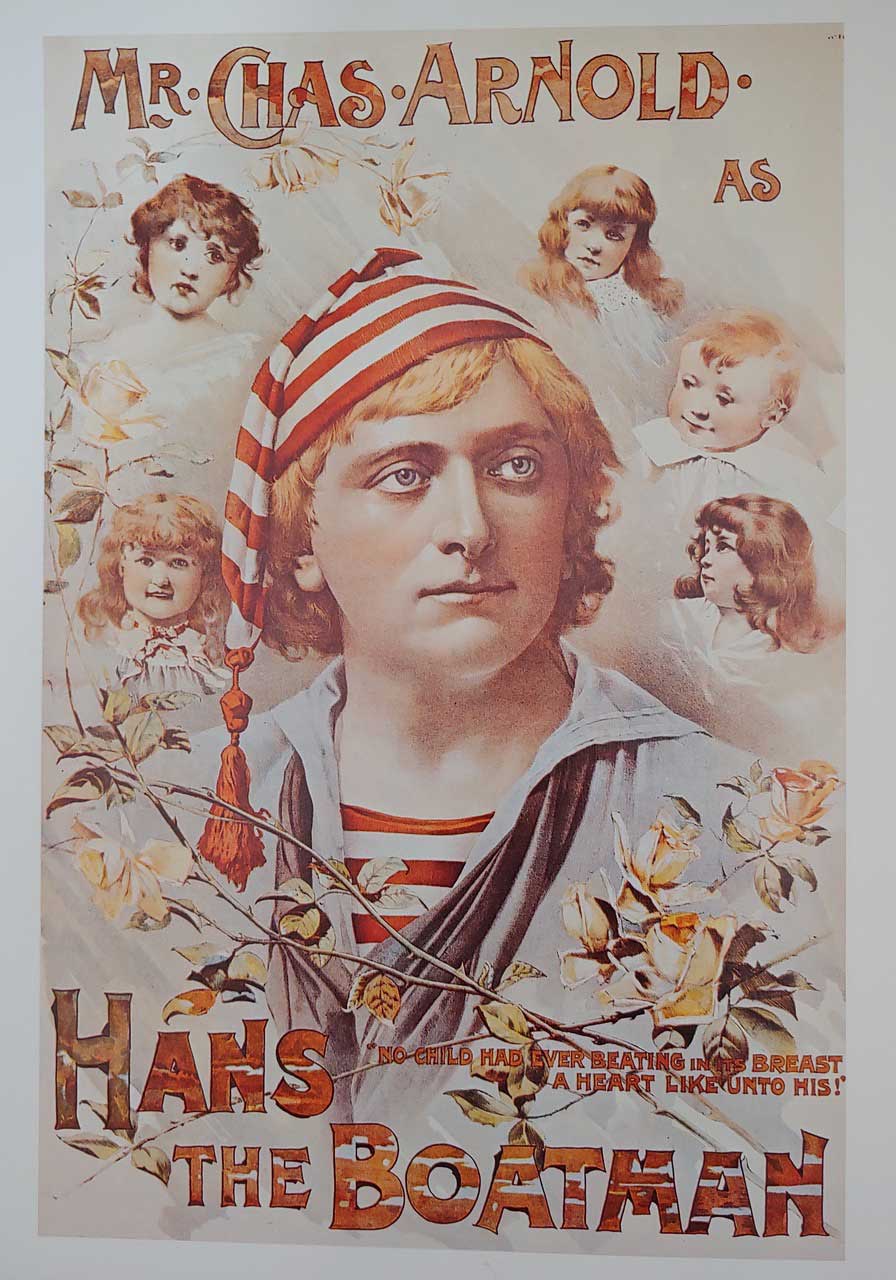 According to Wikipedia, Charles Arnold, a stage actor, created the role of “Hans” and performed around the world.