Currently, I have three books in print, one on Lladró Spanish porcelain and two on Fenton Art Glass.

Publishers were keenly interested in my first Lladró book proposal because Lladró was very popular among collectors in the 1990s and early 2000s. I went with Krause Publications, then one of the big names in publishing on antiques and collectibles (It later became F&W Publications before going bankrupt and being bought out by Penguin Random House in 2001).

I was limited in what I could write, by that publisher’s infatuation with the “price guide” format in its books and by the Lladró company’s initial resistance to having my book include any of its brands other than the core collection. Not until my current book, brought out by Schiffer Publishing in December 2019, The Lladró Guide; A Collector’s Reference to Retired Porcelain Figurines in Lladró Brands, could I write the book I wanted.

The first publisher, in 2012, for my two Fenton Art Glass books (one on animal, bird, and insect figurines and the other on fairy lights) was Old Line Publishing, which later went out of business. In 2020, I was contacted out of the blue by Lemur Press, which was interested in reissuing these books. That relationship has been both rewarding and challenging, as this start-up publisher could not print revised editions but only reproduce the originals under its own imprint. While I had trouble promoting the books in their original publication back in 2012, sales of the Lemur printings with the same content have been brisk as the collecting market in Fenton glass has heated up. 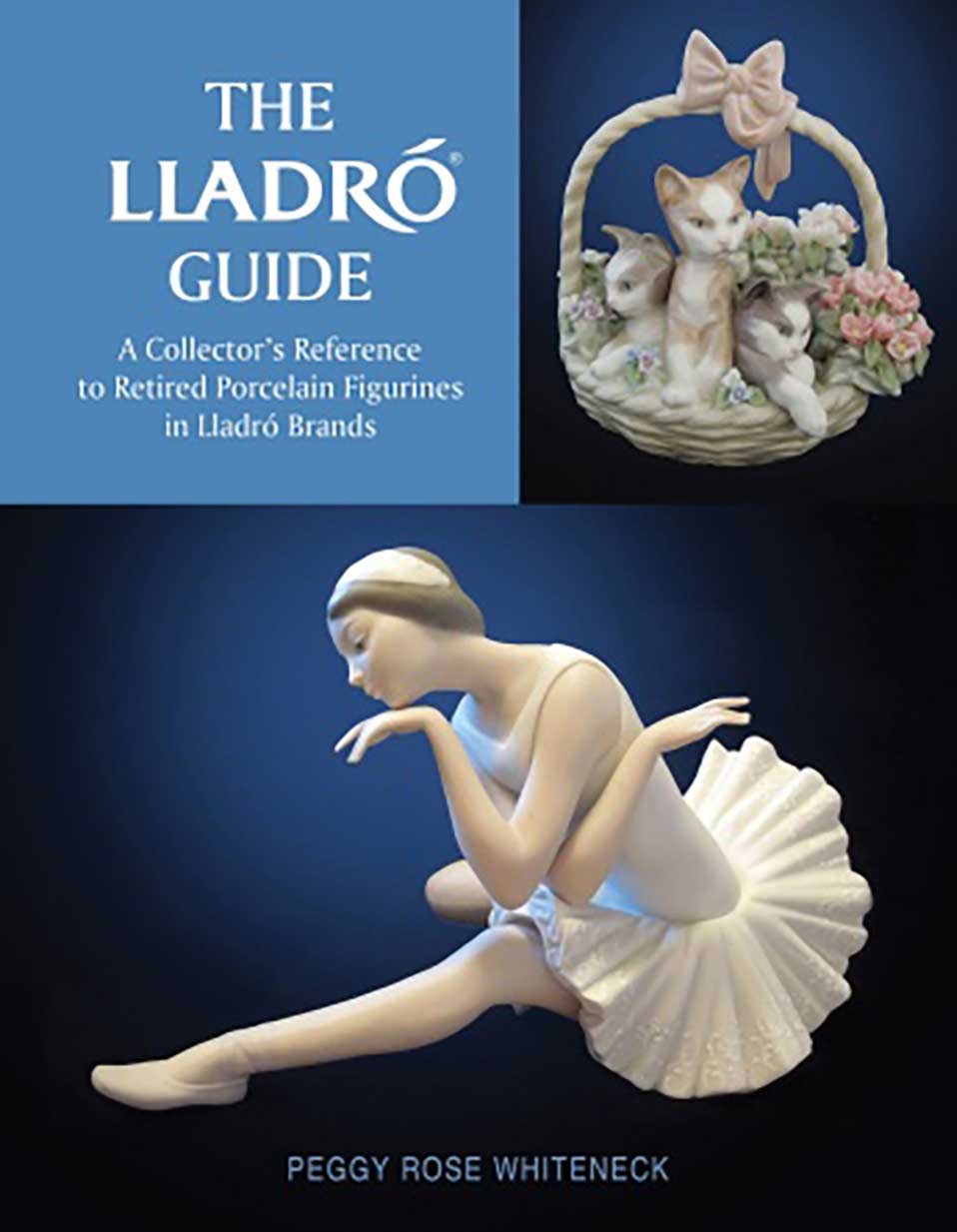 My latest hard-cover book on Lladró

My latest hard-cover book on Lladró, The Lladró Guide; A Collector’s Reference to Retired Porcelain Figurines in Lladró Brands, Schiffer Publications, 2019, is available on Amazon or directly from the publisher. (Image courtesy of the author)

Getting a book published in antiques and collectibles poses many challenges, not the least of which is the contraction (fewer publishers) in the publishing field. Here’s what I learned about the steps in the process.

Finding a publisher. How broad is the interest in the field you want to write about? What kind of/how broad of a reputation does the writer have among other collectors? How strong is the publisher’s business? That is, is it a startup, or does it have a reputation based on many years in business?

Reviewing the contract. What percentage of the total cost of book sales is reserved to the author? (10% is about standard for this). Most publishers will be open to negotiating some aspects of the contract. For example, who retains the rights to the work? As a writer who wants to be published, I nevertheless have a nonnegotiable bottom line: I avoid contracts that do not leave with me, as the author, the basic rights to the work.

Doing my own editing

In the “olden days,” one could count on an editor in the publishing company to review the work and make suggestions for changes or to correct obvious errors in spelling, grammar, punctuation, and sentence structure. Today, one has to be able to edit and proofread one’s own work as modern publishers are much busier and their editors typically don’t provide extensive copy review.

Being prepared for delays in publication

For each of my recent books, considerable time elapsed from my submission of the manuscript to actual publication. In between, there were various proofs (of the cover design and contents) for the author to review. In the case of the Lladró book, since Schiffer is a big company with many books in process at any given time, it took about a year and a half from my submission of the manuscript to its actual release as a book! The delay was particularly costly because the actual publication date, December 2019, coincided with the beginning of the COVID epidemic – which meant no book shows or signings. I’ve had to get creative in promoting the book online. Lucky for me, I love to write and am willing to put up with complexity in bringing my work into the world!