Original NES powers up in this issue 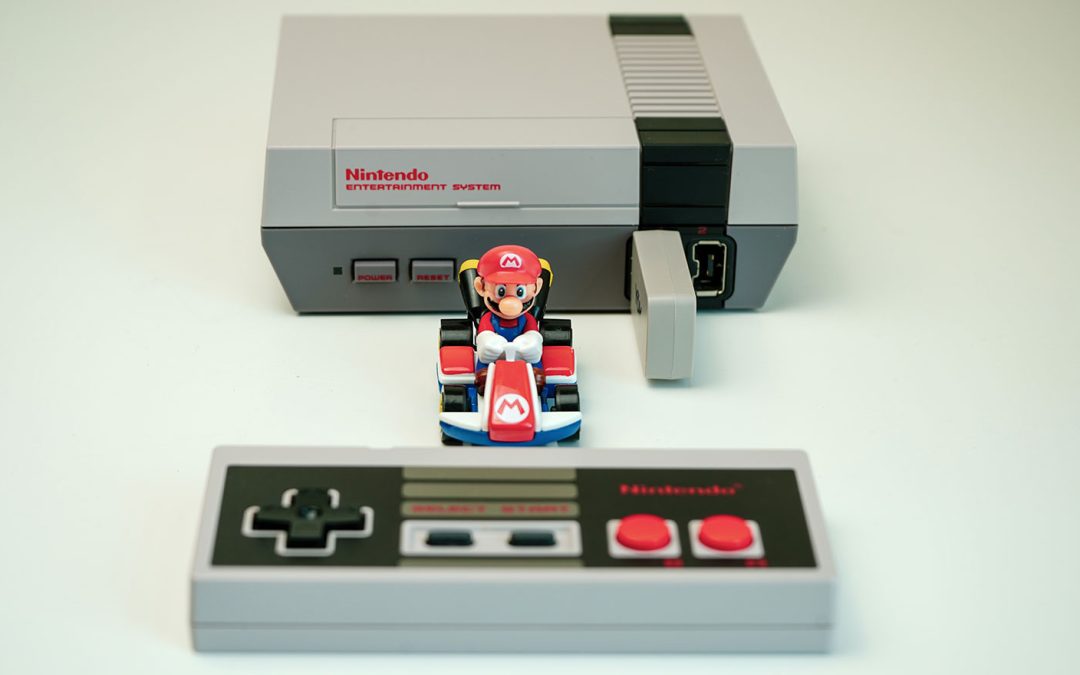 Photo by Ravi Palwe on Unsplash

Original NES powers up in this issue

Welcome to the January 2022 issue of Discover Vintage America! In this issue, we’ll be covering collectibles for those of a certain age – namely, Generation X, which covers anyone born between 1965 and 1980. Of course, the list of collectibles is lengthy, and it includes video games, those toys that retain a special place in the hearts of Gen Xers like me.

Although video game consoles have been ubiquitous with youth for decades, I’m old enough to remember one of the earlier iterations – the original Nintendo Entertainment System.

By the time the NES was released in 1983 in Japan, video game consoles had saturated the market for a little more than a decade, with the first ones being set up in American homes in the early 1970s. The NES device was released into American test markets in the fall of 1985 and were immensely popular from the start, becoming nothing short of a status symbol for a generation of young players.

I can recall my parents giving me the NES Action Set in the late 1980s for my birthday. The set, which retailed for $150, included the console itself, two game controllers, a ‘zapper’ (a controller resembling a gun), and two games loaded into one cartridge – Super Mario Bros. and Duck Hunt.

I also remember hours of fun playing the game Gyromite, whose entire premise involved a mad scientist character attempting to disarm dynamite in his lab, placed there by his nemesis.

Among my friends and my younger brother’s friends, our house was the place to be. Between stints of playing outside for some much-needed fresh air and exercise, my brother and I hosted friends who would come over and stay for hours in a bid to save the princess in Super Mario Bros.

As I grew older, my interests moved away from video games; my brother, Evan, to this day, remains fiercely loyal to the original Nintendo – so much so, in fact, that on the eve of his wedding in Las Vegas, he and Aaron, his best friend since childhood, played Nintendo in his hotel room. On his last day as a single man, Evan had the entirety of the Las Vegas strip at his fingertips, and all he wanted to do was play Tecmo Bowl with his best friend. It was a touching memory. Though they now have families of their own, these two pals still find time to get together regularly to play their favorite video games from childhood.

So, over the years, Evan’s attention has never been lured away from the original system and fixated on a newer, flashier game console. I think he likes the design of the original NES. The heavily pixelated graphics in its games harken back to a much simpler time. When it comes to Nintendo, the pull of nostalgia is extremely strong for Evan. As I said before, he still plays Nintendo as a way to relax and immerse himself in its world – and, by extension, the world of our youth. Who can blame him?

We are both late Generation Xers, and judging by the prices for original NES systems at both brick-and-mortar stores and online at auction sites, Evan isn’t the only one immersed in nostalgia. The original console sells for hundreds or even thousands of dollars in good condition. Today, iterations of the Nintendo and its accompanying games continue to flood the gaming market, a powerful testament to their staying power in our memories and in pop culture.

I’ve always been happy that Evan has a piece of nostalgia that continues to bring him so much joy and that bonds him to his longtime friends. That’s something on which you just can’t put a price.