First created in 1849 by Michael Thonet, a German, bentwood furniture was one of the first designer-style examples of mass-produced furniture. One of the things that made it unique was its use of industrial techniques. Its pretzel-shaped back chairs with cane seat have never gone out of popularity and never stopped being reproduced in various adaptations. While an original, 1860s chair can fetch more than $3,000, in a retail setting, recent repros are as low as a few hundred dollars.

Thonet first made conventional-style furniture in the 1830s. However, he was continually looking for ways to cut costs of labor and materials. His first experiment led him to glue veneers together in curved shapes. That was not successful. He next tried bending solid rosewood. In 1856 he successfully combined bentwood and laminated wood into a chair with a cane seat. It was designed for the Palais Schwarzenbeg in Vienna. After that it was made in many variations. By the end of the 19th century their popular designs made them ideal for export. By the 1920s American restaurants and taverns decided Thonet chairs and tables were a good way to fill space inexpensively. Americans at home were relaxing in Thonet rockers. The famous designer-architect Le Corbusier found them so aesthetically appealing that he chose one for the 1925 Paris Exhibition to represent the spirit of the new Art Deco age. 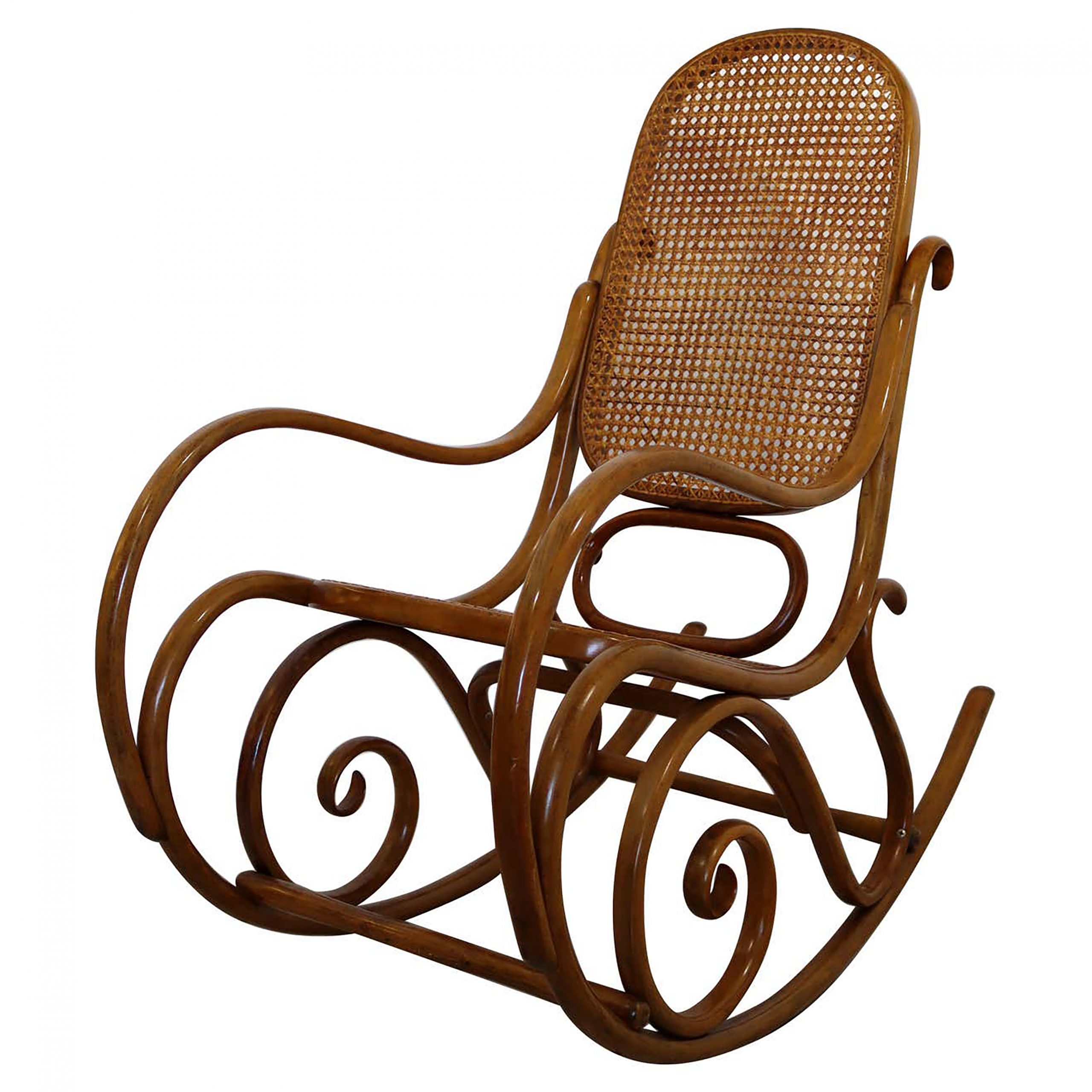 CLUES: The original Thonet firm was founded in Vienna in 1849. From then until 1858, furniture made there had “Thonet Wien Grumpendorf” stamped on it. Some of the early chairs can also be recognized by the legs carved from a single piece of wood instead of bentwood. By 1859 all furniture parts were of bentwood and beech wood. At that time the pieces were marked with the firm’s name impressed, stamped or with paper labels. Over the years, the paper labels usually came off. From 1869 when the Thonet patents expired furniture manufacturers around the world made an estimated 50 million copies of the Thonet balloon back chair. Among them were Joseph Hoffman of Bielitz, Austria. His pieces had paper labels. These days a single one of his chairs can be priced at more than $1,000.

One tip for collectors and historians:

One tip for collectors and historians: all original Thonet pieces were given production numbers. They were used in his catalogs in chronological order. It is important to obtain or view reproductions of the catalogs to know what was made. The sometimes elaborate scrolls and curves forming the bases of his tables can be a surprise.

Rarities, such as a child’s cradle or chaise lounge, are among the most expensive, early Thonet pieces.
Currently many variations of bentwood techniques and designs continue to be made. While they are quite difference in appearance from original Thonet designs they can be as costly as the originals.

Anne Gilbert has been self-syndicating the ANTIQUE DETECTIVE to such papers as the Chicago Sun Times and the Miami Herald since 1983. She has authored nine books on antiques, collectibles and art and appeared on national TV. She has done appraisals for museums and private individuals.