Collecting fads may come and go,­ but items decorated with historic American subjects still attract a new generation of current collectors. While scrolling the Internet I discovered there is also a new generation of folk artists using the American flag as a motif. One reason for collector interest is the diversity of categories ranging from Native American beadwork and whiskey flasks to carvings, furniture and textiles. The subjects include the stars and stripes, the Great Seal, bald eagle and historic American founding fathers and military leaders.

Historically, the eagle appeared in ancient Greece and Rome on coins, medals and gems, often with a palm branch in its talons and on the standards of Roman legions. Fast forward to 1777, when it appeared on a New York token of lead or brass. American history on cloth began that same year of the revolution, possibly with a silk kerchief depicting George Washington as commander-in-chief of the Continental army.

While many examples of all historic categories are in museums, they often are available through dealers, auctions and estate sales. The problem is, most cost thousands of dollars. The good news is that quality reproductions of many pieces are considered serious collectibles. Prices are affordable. Also, many categories, such as whiskey flasks, small pieces of 18th- and early 19th-century wood furniture are not currently popular.

CLUES – The celebration of the American revolution in the 1920s and 1930s resulted in many reproductions. Determining authentic early pieces requires research of materials and artisan techniques. For example, early cabinets and desks were made to stand against the wall. The backs were unfinished. Reproductions have finished backs.

Many unusual objects dating to the American Revolution may sit in family attics and basements, awaiting discovery. Would you recognize an example of scherenschnitte? This paper cutting art form came to America from Germany during the American Revolution. Examples depicted the American eagle and other symbols of liberty. A dealer price could be more than $2,000.

Old stoneware jugs and crocks with patriotic symbols depicted in blue paint became popular collectibles in the 1960s. This resulted in reproductions. These days, 19th-century examples are sold at specialized auctions like Crocker Farms for $1,000 or more. However, there are still discoveries being made on renovated farmlands. The same goes for glass whiskey bottles and flasks with engraved portraits of American presidents, the flag and shields. Reproductions were made in the early 20th century and are seriously collected. 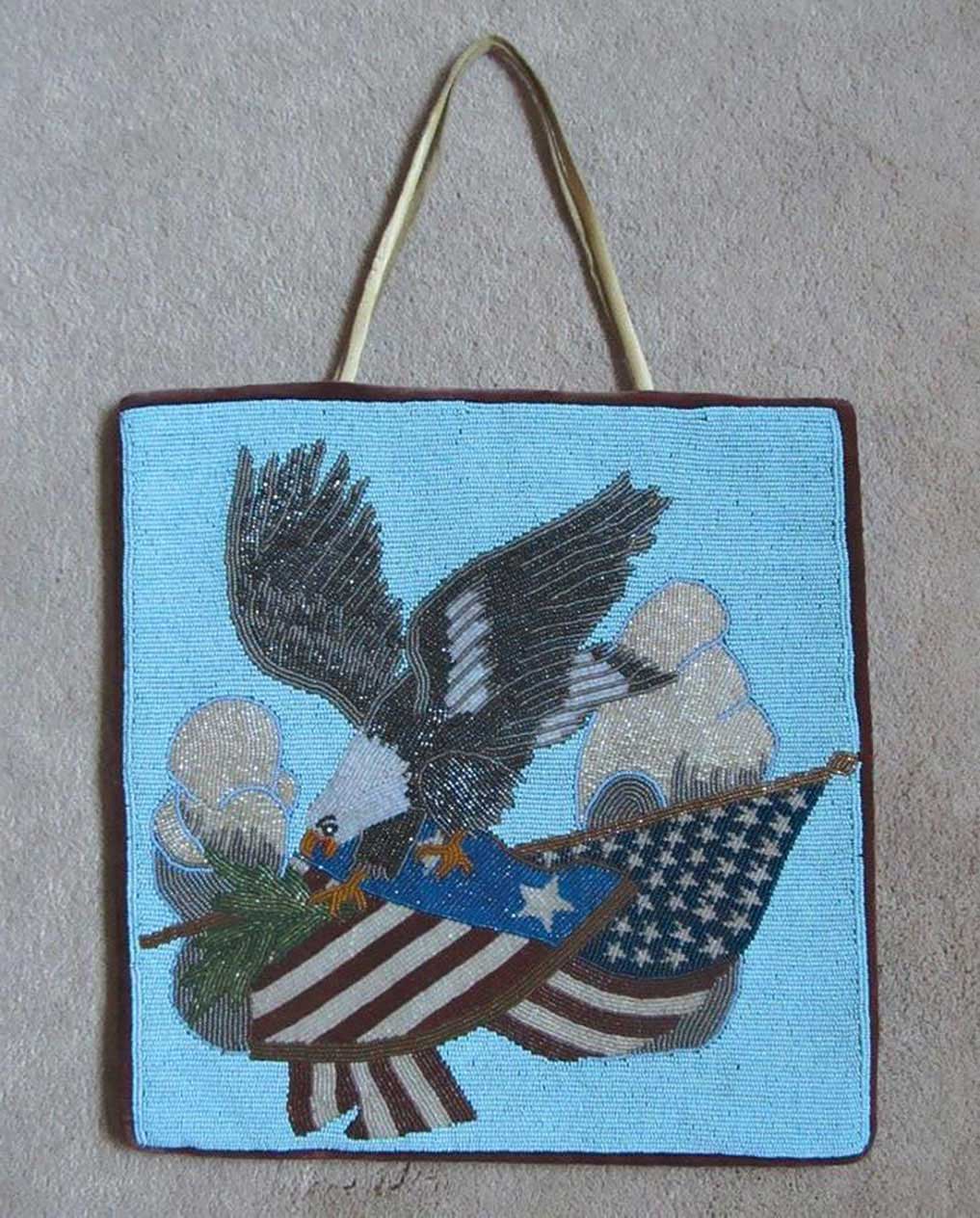 Elegant, large girandole mirrors with gilt or brass frames were topped with figural eagles. They have never stopped being reproduced. Age can be determined by the thickness of the glass. Early glass was thin; modern is thick.

Even humble wood butter and cookie molds had patriotic subjects and have been heavily reproduced. However, they are modestly priced.

Probably the most unexpected patriotic objects are the beaded bags made by Native Americans. The women of the Lakota tribe began using the American flag and other icons in their beadwork, beginning in the late 19th century. Stripped of their land and much of their tribal heritage, it was their way to communicate their new relationship with the United States. Beaded flag images were used on a variety of items, including bags, knife sheafs and shirts. Early examples can be priced from $600 and up.